The UEFA champions league, known simply as champions league is an annual continental club football competition organized by the Union of European Football Associations (UEFA) for the top football clubs in Europe. It commenced in 1955 and is now regarded as the most prestigious football club competition in the world. The teams that end up in top four of the strongest domestic leagues in Europe participate in Champions league. It is broadcasted in seventy countries, in more than forty languages. 2009 Champions League final (Manchester United vs. Barcelona) was the most viewed sporting event in the world.

It was initially known as “European Champions Club Cup” and was simply known as “European Cup”. It was a straight knock out competition, until 1990s. During the 1990s, the competition expanded and started to incorporate more teams and more rounds. It then added a preliminary round in which each and every team is supposed to play a specific number of matches and qualify for the knock out stage. Its name was changed to “UEFA Champions League” in 1992.

Some of the best teams of Europe, comprising of world class players compete in champions league year in, year out and almost every team tries its level best to win each and every tie of the competition. In this competition, every team is of the same level and display scintillating piece of football. However, Spanish clubs have been the most successful in this competition with Real Madrid sweeping the board, winning the competition nine times. 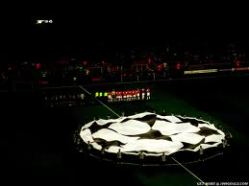 Champions league is the only football league that has an anthem whereas other football leagues just have some unique music played at the start and end of its television broadcast. Champions league anthem chorus comprises of three official languages used by UEFA viz. English, German and French. It is played not only before and after the television broadcast of the matches but also before each game inside the stadium and at the same time Champions League logo is also shown in the centre of the pitch before each game (as shown on the right).

Adding more to some interesting facts, Raul has been the most successful striker in the history of this competition, scoring 71 goals. This is the most number of goals scored by any striker since the competition revamped in 1992-93 season. Moreover, there are some managers who have also made history. Bob Paisley is the only coach in history who has won the Champions League thrice. He did this whilst coaching Liverpool. Sir Alex Ferguson and Carlo Ancelotti have won this competition twice with Manchester United and AC Milan respectively. Jose Mourinho (shown on the right) has also won this league two times. But what’s unique about Jose Mourinho is that he has won it with two different clubs, Porto and Inter Milan, having finished second in the group stage on both occasions. He is expected to be the first one in the history to win it with three different clubs, should he lead Real Madrid to a tenth victory, where he is coaching this season.

UEFA Champions League consists of three qualifying rounds, a play-off round, a group stage and four knock-out rounds. In each round, clubs play two matches against each other on home and away basis. These are known as first and second leg. The qualification criterion is that the club that scores greater aggregate of goals qualifies for the next round. In case of a draw, away goals are considered, that is, the team that scores greater number of goals on its opponent’s home ground advances to the next round. In case of same number of away goals by both teams, penalties are considered to decide the winner of the two match tie. 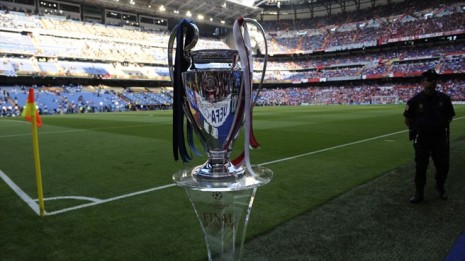 The final is decided by a single match which is played in the latter part of May. This year it will be played on Saturday 25th May, 2013 in Wembley Stadium.

Teams that take part in Champions League are rewarded with cash prizes. The prize money is divided as follows:

Is Champions League really the best football competition in world? This question is still unanswered as there are mixed views and opinions of football pundits and managers and experts. Two of the greatest managers, Jose Mourinho and Sir Alex Ferguson, have opposite views about it. The latter believes that it is second to World Cup. On the contrary, the former believes that it is the best football competition of world. He once said:

“This game is the most important in the world. It is even bigger than the World Cup because the teams in it are at a higher level than national teams, who can’t buy the best players.”

I personally believe that Champions League is indeed the best football competition in the world as in this competition the results are not predictable whereas in World Cup it is certain about some teams that they would be eliminated in the early stages of the tournament. So, Champions League maintains suspense and drama and gives its viewers some shocking results, making them expect the unexpected. Results like Porto eliminating hot favorites Barcelona and going on to win the league in 2004 and Chelsea winning it previous year when both the teams were considered to be one of the weakest teams of the tournament are the examples of shocking results being viewed in Champions League. This clearly depicts that this competition brings the best out of all of the teams participating in the competition; hence, in my opinion, it is the best football competition in the world.

Cristiano Ronaldo, Man Behind The Name

Cristiano Ronaldo was born on February 5, 1985, in Madeira, Portugal. He signed for Manchester United in 2003 for a fee of £12 million, which at the time was a record fee for a player of his age. In 2009, he signed for Real Madrid for a record fee of £80 million. Ronaldo is considered one of the best players of all time.

Ronaldo grew up in small tin roofed shack that overlooked the ocean. His early life was shaped by hardship; his father who worked as a gardener, often drank too much, which eventually lead to his death from kidney problems in 2005. To help keep the children fed, and maintain some financial stability, Ronaldo’s mother worked as a cook and cleaning person.

Ronaldo was first introduced to the game of football through his dad’s work at a boy’s football club. By the time he was 10 years old, he was already recognized as a phenomenon—a kid who ate, slept and drank the game. By 2001 he was playing for one of the top clubs in his native Portugal and same year he put in a mesmerizing performance against Manchester United, wowing even his opponents with his footwork and deft skill. He made such an impression that a number of United players asked their manager to try and sign him. It wasn’t long before Manchester United paid Ronaldo’s team more than £12 million for his services.

He did not disappoint at Manchester United and in 2008 he put together one of the club’s finest seasons in history, scoring 42 goals, on his way to becoming FIFA World Player of the Year.

After such stunning performances he signed for Real Madrid after months of speculation.

In addition to his FIFA World Player of the year award, Ronaldo has also won the coveted Ballon d’OR, the Golden Boot, and been named the UEFA Club Forward of the Year, among other honors during the course of his career.

He is constantly compared with Lionel Messi of Barcelona, and every year each player tries to overdo each other. Their club rivalries have also given spark to Ronaldo vs. messi. Ronaldo has scored in 6 consecutive el clasicos, whereas messi, hasn’t been as consistent in his performances. Ronaldo at his young age was a very rash player and wasn’t concentrating on his career, but during his time at old Trafford and under the manger ship of Alex Ferguson, he completely transformed into a professional football player. 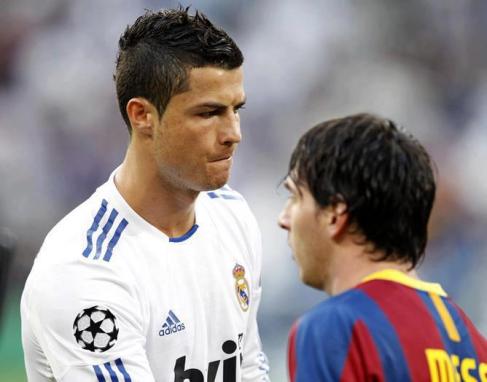 Ronaldo played against his former club, Manchester United in the round of 16 of the Uefa Champions league. He scored against United in both the legs, and received a standing ovation from the United fans, on his return to old Trafford, fans were holding posters reading “Welcome back, No7”. He showed respect and love for the club, when after scoring goals, he didn’t celebrate. He has too much love for Manchester United, the players, the staff, and the manager. 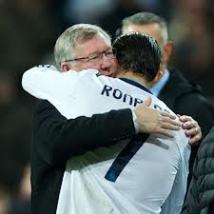 Ronaldo is an inspiration for many football fans, across the globe. Many young players even look up to him as an idol. Many of the football fans copy his playing style, and try to imitate his style in their football. The unique free kick style is also imitated by many footballing fans.